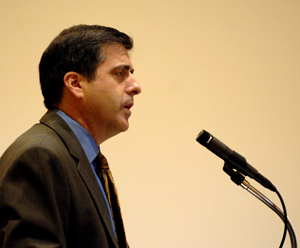 Mintz Consulting is an Austin-based public affairs firm that specializes in lobbying and advocacy training.

David Mintz has more than 30 years of experience and has worked in both the  Texas House and Senate. Since 1992, he’s directed government affairs for the 10,800-member Texas Apartment Association and has earned a reputation as a skilled lobbyist, smart manager and dynamic trainer.

As a legislative aide, Mintz helped pass the 1989 Texas Fair Housing Act, which prohibits discrimination in housing. For the past two decades he’s worked with state officials and industry groups to implement the law and has trained housing professionals on how to make it work.

A former president of the Austin Library Commission and a board member at several non-profits, Mintz has also had a hand in every aspect of organizational management including budget writing, membership recruitment and strategic planning.

He established Mintz Consulting in 2006 and has worked with such clients as the Texas Institute for Building Design and the Texas Academy of General Dentistry.

Mintz is a University of Texas graduate and lives in Austin with his wife, Sherri Barras, and their son, Samuel.